Friends of Ravenna Festival and the Alighieri Theatre Association 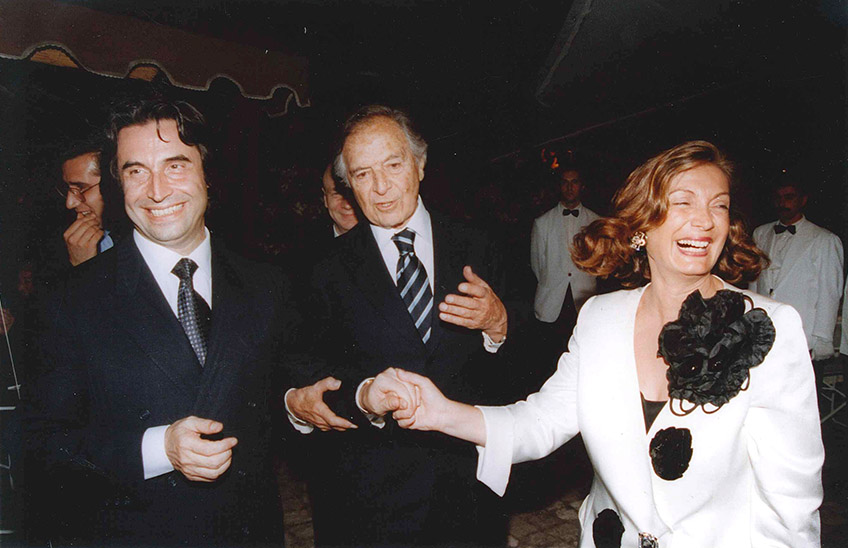 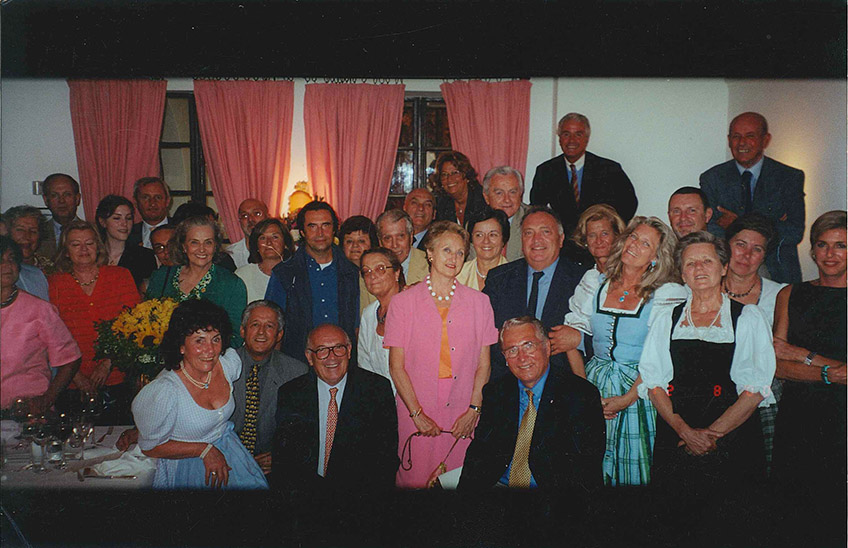 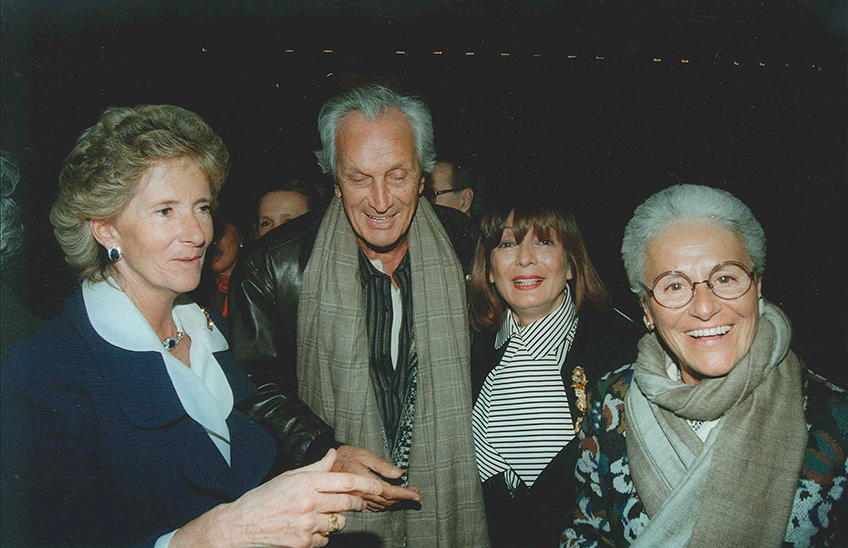 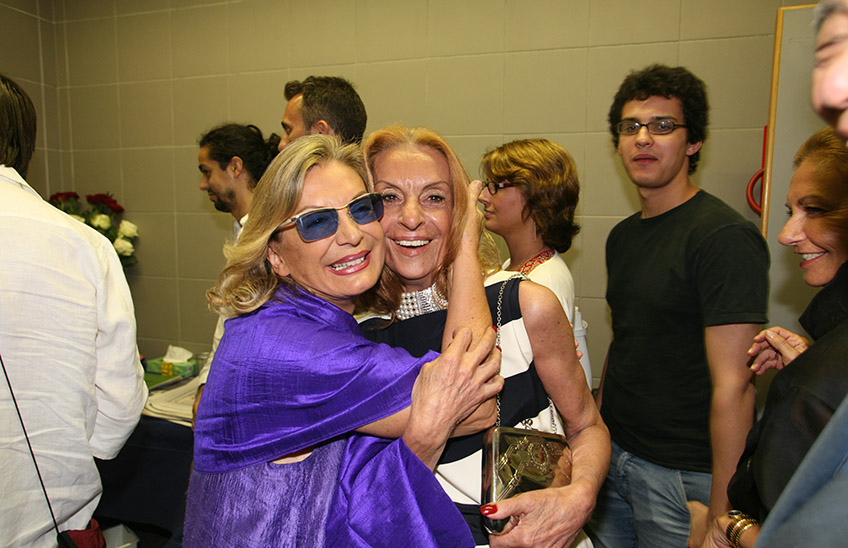 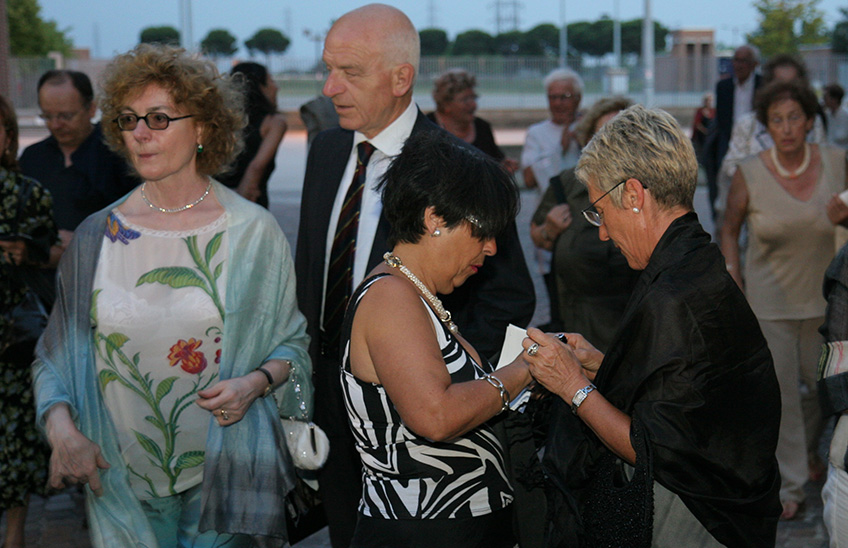 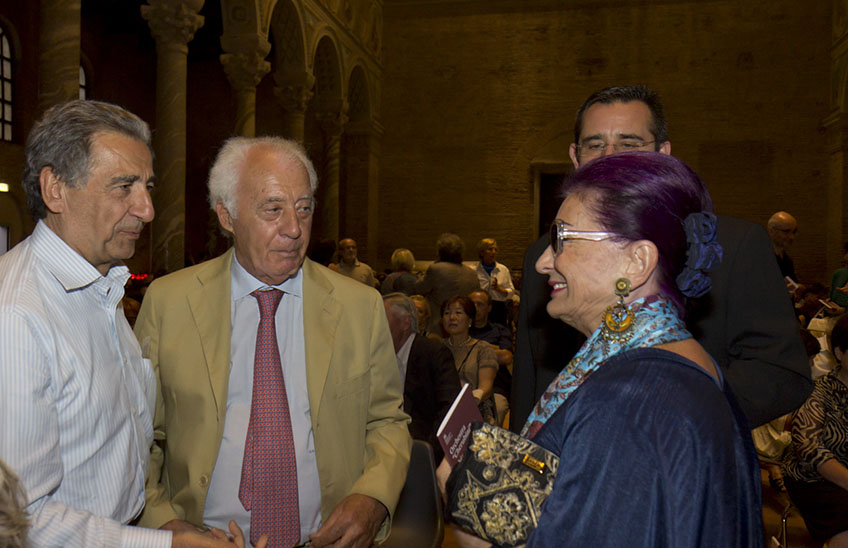 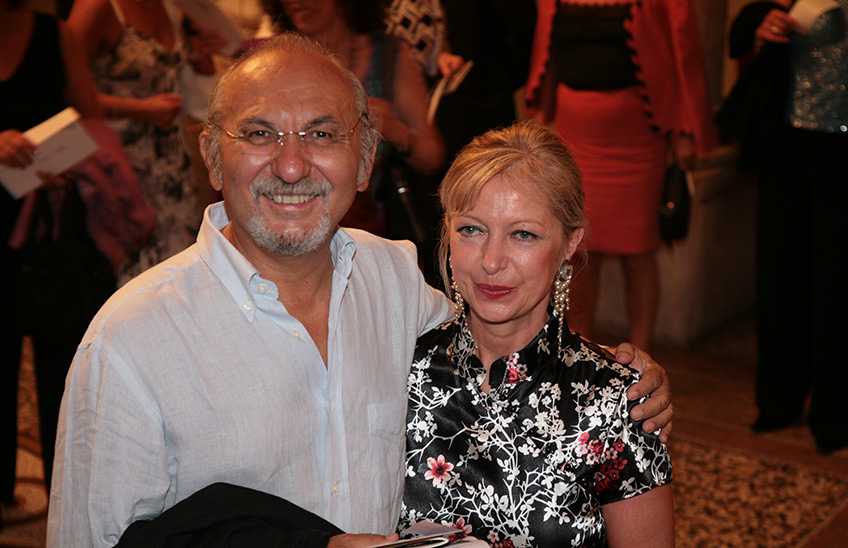 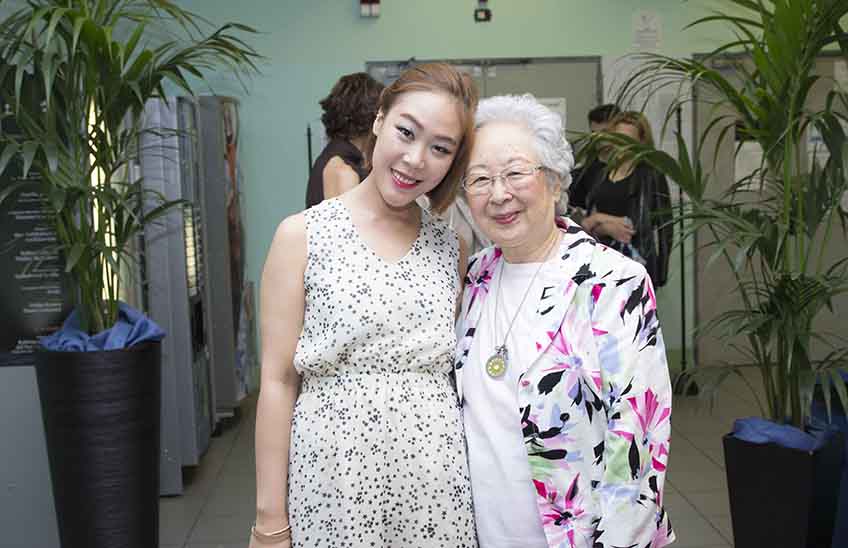 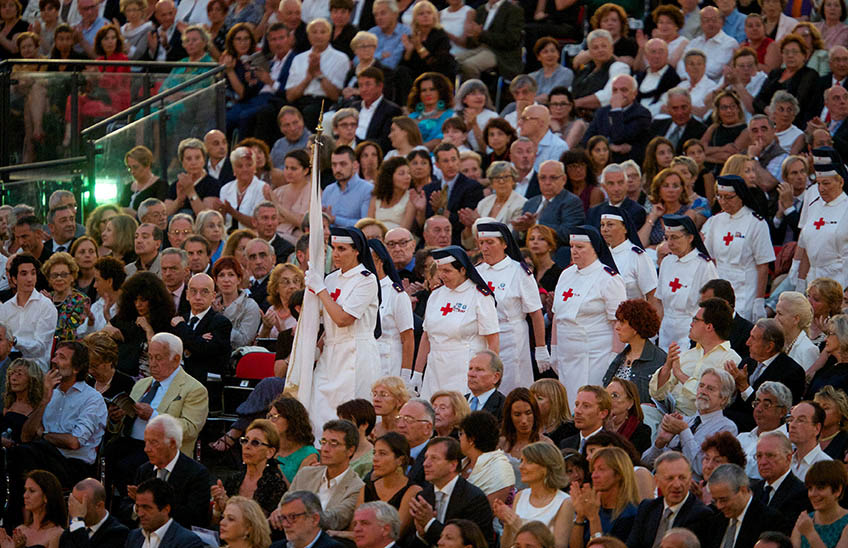 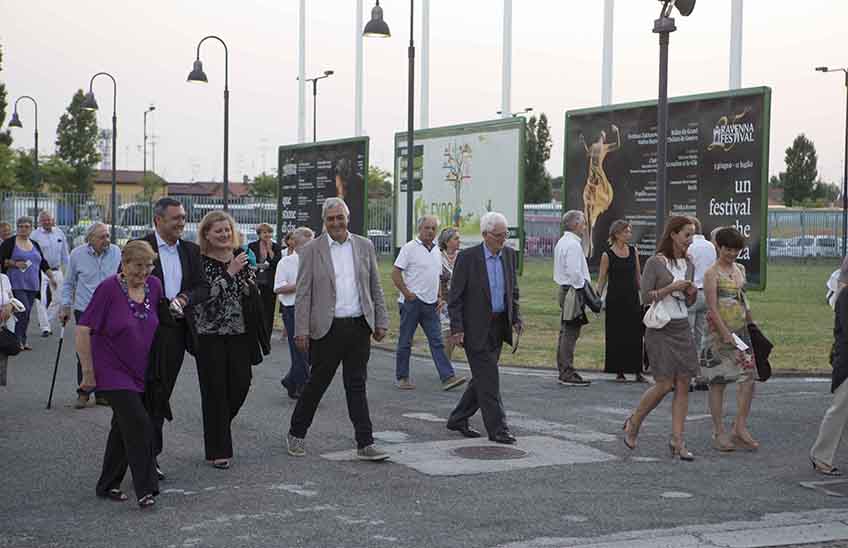 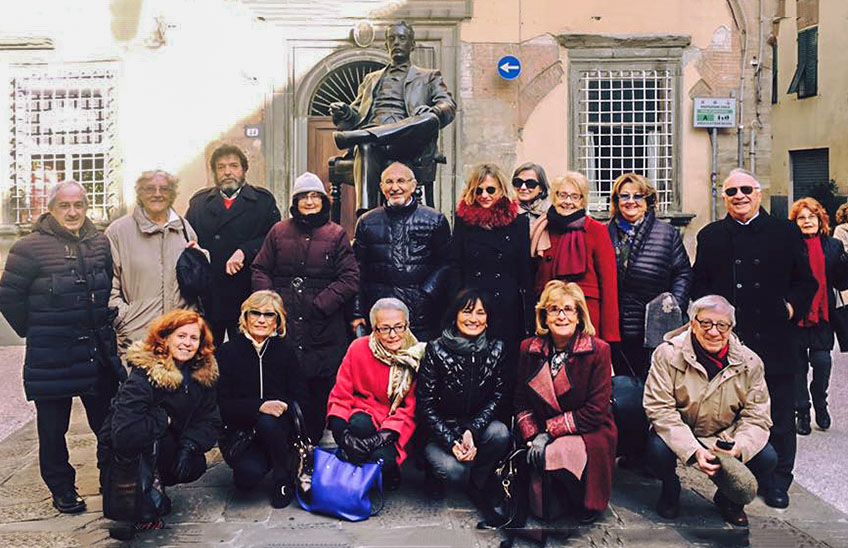 “This presence can and must represent a support to the Festival in the broadest possible sense: economic contribution to a significant effort that Fondazione Ravenna Manifestazioni is sustaining in order to bring the Festival to the highest quality level, but also creative assistance to the recognition of activities which may nurture and increase the fame, prestige, and potential of the Festival.”
On June 3, 1991, Marilena Barilla greeted the first meeting of the “Amici di Ravenna Festival” Association with these words. It was the eve of the second edition of the Festival, which – despite being very young at the time – already stood out for the high-quality programme with unique features, first of all the privileged relationship with the city of Ravenna and its most important places. But since the very beginning, the Festival also excelled for its ability to win the precious support of “friends”, ready to offer their assistance.

The history of the Association could not have followed a more natural path.
It was Cristina Mazzavillani Muti, founder of the Festival and today its President, who called some friends to her to help the new born Festival.  Among the others Pietro and Marilena Barilla, Gaetano Trombini, Gerardo Veronesi, Yoko Nagae Ceschina, Lord Arnold Weinstock, Raul Gardini…and the group grew together with the Festival. The wish to “give Cristina a hand” soon turned into the creation of an Association of supporters whose purpose is the economic, promotional, and relational support of the Festival.
The Association – formally born on March 23, 1991* – has become a reference point for the “music lovers who wish to offer their sincere, even affectionate, contribution to the growth and development of a Festival they believe in”.
The qualities and the potential of the Association were evident – in a nutshell – since its first steps: from the presence at the meetings of the then Mayor of Ravenna Mauro Dragoni, proof of the constant dialogue between the Festival and the city and its administration, to the participation of Cristina Mazzavillani Muti and lawyer Mario Salvagiani, General Manager of the Festival at the time, pillars of the Fondazione and protagonists of a story where the Friends were already playing a most important role.

Since then the Friends have faithfully followed the steps of the Festival and the Alighieri Theatre, but their path is also a journey into the history of music, drawn through the events which have taken them to the major Italian and European theatres. From the legendary Teatro Alla Scala in Milan and Theater An Der Wien, to the Salzburg Festival and Palazzo del Quirinale in Rome, from the San Carlo Theatre in Naples and the Opera Theatre in Rome, to the wounded cities reached by the routes of the “Roads of Friendship” (Sarajevo, Jerusalem, Yerevan and Istanbul, New York, Cairo, Damascus…).
Undisputed protagonist of these concerts, Riccardo Muti; under his baton excellent orchestras and choirs such as the Wiener Philharmoniker, the orchestra and choir of La Scala, “his” Cherubini Youth Orchestra.
Above all, naturally enough, the music itself: by Verdi, Mozart, Tchaikovsky, Beethoven, Wagner, Puccini, but also Cherubini, Cimarosa, Paisiello, Mercadante, to discover and rediscover a great heritage.
This map of events has always been accompanied by dinners and meetings, because the Friends cultivate the art of conviviality side by side with the culture of music, often at significant times (the celebrations for the 250th anniversary of Mozart’s birth, the 200 years from Verdi’s birth, the opening concerts at Salzburgh…). Yet what they celebrate is, first of all, their love for music and culture, that love that they expressed joining in the Association.

Live the Festival
as a key player

Join the Friends of Ravenna Festival, the Association that since 1991 has been a reference point for all those willing to contribute to the growth of the Festival, through their economic, cultural, and relational support. Ravenna Festival is one of the most important arts and music festivals, offering world level events. Helping the Festival means supporting the culture of our country.

How to subscribe
Friends of Ravenna Festival and the Alighieri Theatre Association
Tel. +39 0544 249215
direzione@ravennafestival.org

Discover all the Benefits!